The family supermarket chain Sobeys, which now bans plastic bags in all its stores, has just launched an intelligent grocery cart!

Innovation and family spirit: here are two values ​​characterizing the family supermarket chain Sobeys. Founded in 1907 by John William Sobey, it was then devoted to the distribution of meat in Stellarton, Nova Scotia. Since 1963, Sobeys is a subsidiary of the Canadian conglomerate Empire Company Limited, whose shares belong mostly to the 4th generation of the Sobey family. Today, Sobeys has more than 1,500 stores across Canada and employs approximately 123,000 people. It is behind brands such as IGA, Bonichoix, Marché Tradition or Rachelle-Béry as well as the food brand Compliments. Always concerned with serving the community and putting customer first, Sobeys has never stopped innovating from both a technological and environmental point of view. Recently, the chain launched a pilot project called Smart Cart, intelligent grocery baskets weighing food and allowing customers to pay directly using the basket to avoid queuing at checkouts. This year, it is the first to completely eliminate plastic bags in all of its stores, before the ban officially comes into force in Canada.

Discover the history of Sobeys… 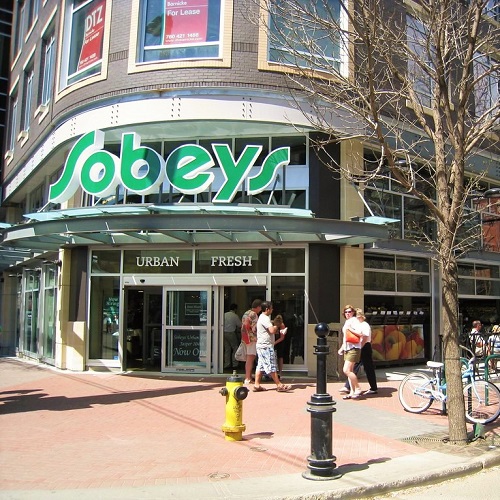 NEWS FROM THE CHAIR

Six Québec Companies Celebrate Their Success at the 2019 Business Transfer Awards
They were honoured in the category family transfer or entrepreneurial transfer.
May 5, 2019

The Chair of Succession and Family Enterprise Stands Out in the Field of Entrepreneurship Research
HEC Montréal stands 4th in the world in the ranking by the TCU Neeley School of Business.
March 28, 2019

Appointment of Isabelle Le Breton-Miller as a Fellow of the Family Firm Institute (FFI)
October 26, 2018

All news …
Go to Top