Family-owned brewing giant Heineken has been investing in new technologies for the past few years!

The family-owned company Heineken has a rich history of family commitment to innovation. Founded in Amsterdam in 1873 by Gerard Adriaan Heineken, Heineken is now the second-largest beer producer in the world, with over 85,000 employees. From the very beginning, the family business invested in research and development, which allowed it to distinguish itself from its many competitors. In 1886, the founder surrounded himself with scientists in order to develop a new yeast strain, Heineken A. This new strain, combined with pasteurization and new industrial refrigeration systems, allowed Heineken to produce a light lager using an innovative bottom fermentation technique. As a result of these innovations, Heineken won the Grand Prix de Paris for the best quality beer at the 1889 World’s Fair. To this day, Heineken still produces its beer according to the same recipe and distributes it in 192 countries. The company has also expanded its offer by producing and marketing some 300 brands of beer and cider, including Amstel, Desperados, Sol and Tiger. Now, it is the fifth and sixth generations of Heinekens who, as controlling shareholders and members of the Board of Directors, are ensuring that the vision and culture developed by their forefathers will continue. Constantly seeking new approaches, the Dutch giant has also embarked on a new technological shift that once again sets it apart in terms of production and marketing. For several years, Heineken has been using 3D printing at its brewery in Seville, Spain, to create parts to optimize its production line, among other things. This innovative approach allows the family-owned company to significantly reduce its manufacturing costs. More recently, Heineken has entered the metaverse by offering a new beer, Heineken Silver, in both its virtual and real-life versions to reach Generation Z. This summer, Heineken is reinventing itself by proposing an original and novel solution to the hyperconnection issues revealed by telecommuting: a bottle opener capable of turning off your work devices, such as a laptop or a phone, at the precise moment you use it to open a cold beer. Let’s face it, despite its 150-year history, the Dutch family-owned giant Heineken knows how to reinvent itself and adapt to contemporary realities!

Read the news: ‘Cannes Lions 2022: How Heineken dealt with cultural and technological shifts besides the pandemic’

Read the news: ‘Heineken wants you to stop working’

Read the article: ‘How Heineken is using 3D printing for on-demand brewery parts’ 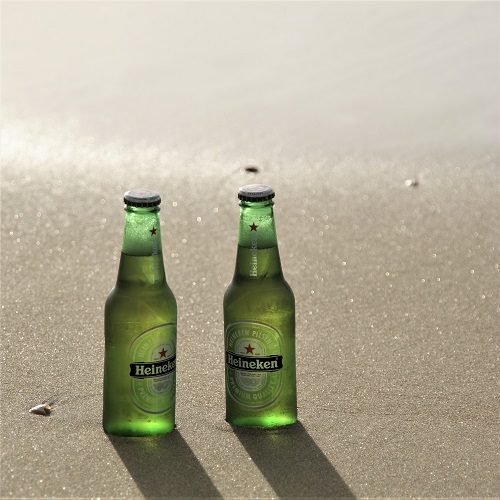 NEWS FROM THE CHAIR

Isabelle Le Breton-Miller Elected as a Fellow of the Royal Society of Canada
September 6, 2022

Congratulations to Audrey-Anne Cyr for her Thesis Defense!
The new doctor of administration defended her thesis at HEC Montréal.
February 14, 2022

15 of our Professors Among the World’s Most Influential Researchers
Isabelle Le Breton-Miller is included in this world ranking.
November 10, 2021

From Success to Succession: A Website Facilitating Successful Business Transfer
This second edition has been fully revamped by the Chair of Succession and Family Enterprise at HEC Montréal.
March 11, 2021